On the way back from yet another great meal at Restaurante Cabrita this evening, I was delighted to notice a fartura stand open. These food trucks and trailers pop up around the country during the summertime, and in Lisbon, especially around the festa de Santo António (mid-to-late June). A fartura is more or less the Portuguese answer to funnel cake - they squirt a thick rope of dough into hot grease, and cut the resulting fried spiral into about 8-inch lengths, and dip them in cinnamon sugar. The result: nirvana. 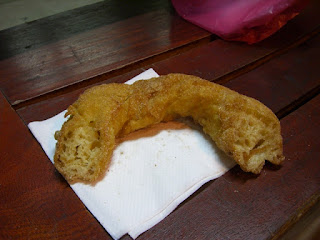 Another great Portuguese snack is the pão com chouriço: slices of chouriço baked into a large roll. The roads around Mafra - perhaps the number one place in Portugal when it comes to bread - are littered with makeshift stands selling them, and they're the best around. But if you don't happen to be driving in the vicinity of Mafra and do happen to be around Lisbon, next best is a mini-chain (two locations that I know of - one on Av. 24 de Julho by the waterfront in Lisbon, and one on the main pedestrian street in Costa da Caparica) called A Merendeira. They make them on the premises in wood-fired ovens, and they're the real deal: great, crusty bread, and tasty slices of chouriço - nothing else necessary. 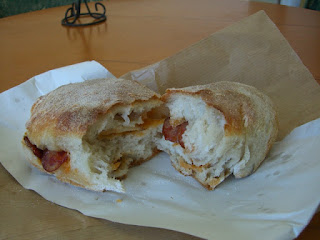 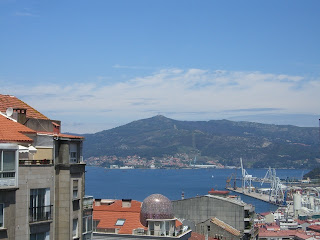 I've become rather fond of Vigo in recent years. It's a somewhat quirky city in a stunning setting on the Ría de Vigo where ones euro buys one a bit more hotel than in other cities in Spain. And its close proximity to the Portuguese border gives it a bit of border town character. However, a great meal at a great price was proving a bit difficult to come by until last year, when I stumbled upon Restaurante Barbantes.

It's a family-run place that advertises comida casera, and they don't lie. The tireless dueño appears to be on hand at least 16 hours a day - I've never been there when he wasn't behind the counter, and the woman in the kitchen who does all the cooking is, I believe, his wife. Whoever she is, she sure knows what she's doing. I have had close to a dozen excellent meals here - it's difficult for me to get interested in eating anywhere else in Vigo, especially after a couple of samples of what else was out there. The 8,50€ menú (primero plato, segundo plato, dessert and beverage - and if that beverage is wine, they leave you a whole bottle) is a fantastic bargain, and is offered both at midday AND at night. Their borrego asado is a plate of meat too big for most normal people to finish (not me, of course), seasoned with some hot paprika, onions, a lot of bay leaf, and a hint of tomato. These albondigas (meatballs) are even tastier than they look. 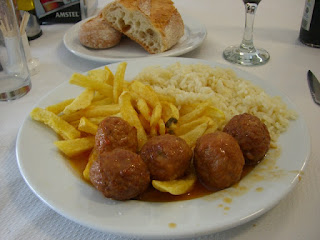 And this fish parrillada de pescado was just beautiful: scrupulously fresh chunks of skate, sea bass and hake (part of the 8,50€ menú, no less). 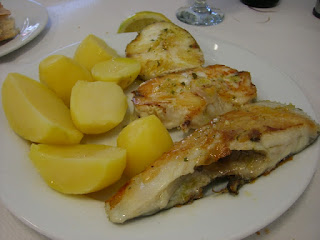 Even desserts are above average here. And if you come by for breakfast, be sure to try a fresh-made empanadilla, a meat pie filled with 2 or 3 types of chopped pork product - the perfect way to start the day. 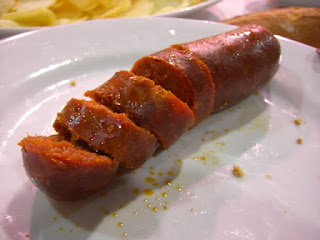 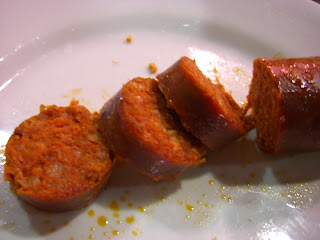 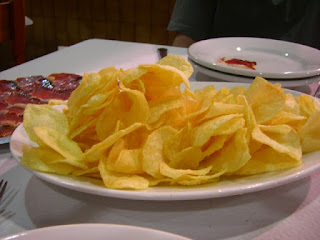 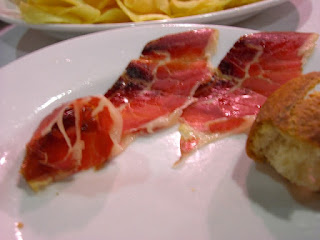 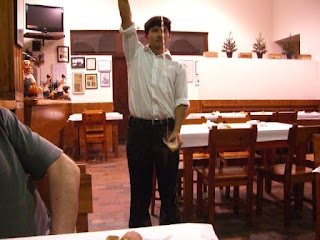 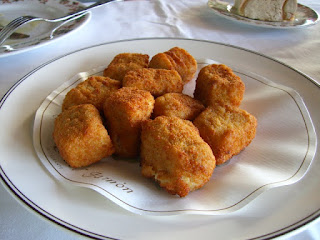 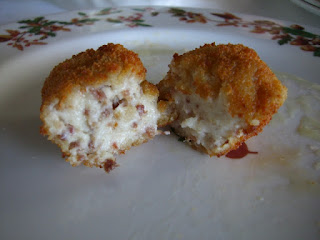 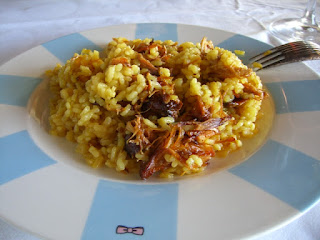 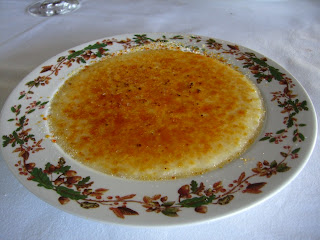 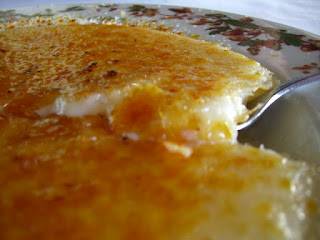