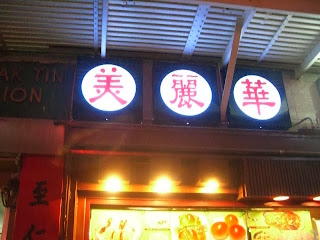 Roast pork buns are truly beautiful things, and my favorite baked ones (焗叉燒包 - jú chā shāo bāo) in the city are available all day until 10:30 p.m. at Mei Li Wah (羙麗華茶餐廳). 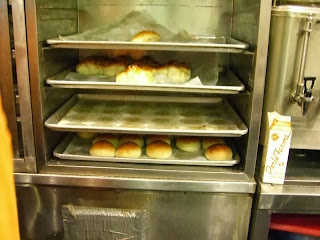 The filling is rich with chunks of pork and pork fat, and - most importantly - not too sweet. The yeasty dough always makes me happy. Their product is utterly consistent, making it one of the few things in life I can really count on. And they're under a buck apiece. 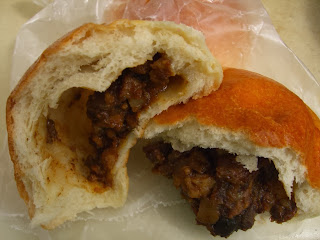 Another great thing here is the large steamed bun containing chicken, pork and salted egg (三星大包 - sān xīng dà bāo). A small meal for $1.60. Although I haven't tried any of the others, I'm told that all of the dim-sum-like offerings here - and there are quite a few - are very good. The "crispy egg shatters" (鬆化蛋散 - sōng huà dàn sǎn) - essentially a twist of fried wonton-wrapper-like dough drizzled with honey - makes a nice post-prandial treat after a Chinatown feast.

And because I'm fascinated by these things, the normal character for the měi of their name (beautiful) is 美 (and all of the on-line listings for this place have it as 美麗華). But the sign and menu definitely have the more archaic "羙". 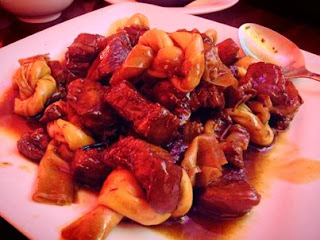 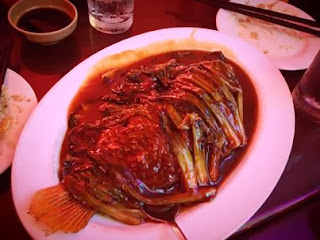 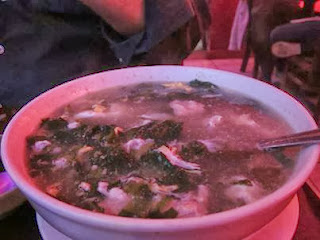 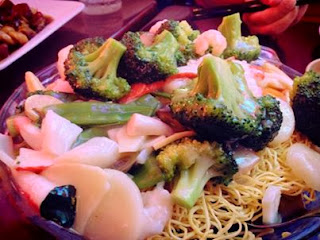