First there was Roti Boti in Astoria, favorite late-night haunt of cab drivers. Then a branch opened in Jackson Heights. Then another Roti Boti opened directly across the street from the second one (owned by a relative of the owner of the RB2, I'm told). Then suddenly both Jackson Heights Roti Botis changed their names. (There were rumors of a lawsuit over the name.) For a few years now, every time a get that craving for Indian (or Indian-like) food, I would head to the original Jackson Heights Roti Boti, now renamed Dera.

The prices are rock-bottom, the atmosphere ain't much, and the cooking is a little inconsistent. But right now it's Ramadan, and this Halal-Pakistani place has a particularly festive feel after sundown. I'm no expert on Pakistani food and can't speak to its authenticity, but there sure are a lot of Pakistani families that obviously enjoy it!

Choose your food from the glass counters at the back--one for the prepared rice and curry dishes, and one for the kebabs, broiled in the tandoori when you order them. The staff will cheerfully answer any questions about the food you may have. My favorite offering here is one of the very simplest, the chicken tikka kebab--always juicy and tender, and just spicy enough to be really interesting. There's almost always a spinach dish on hand, usually with chicken, and it's always great. 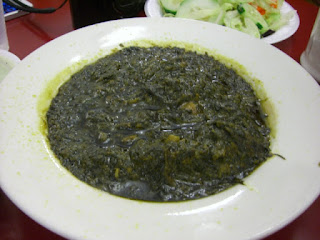 Chicken makhni (butter chicken) is always a hit, too:  large chunks of chicken tikka in an ultra-flavorful, yet subtle, sauce. You'll want to be sure to have ordered some bread to sop it up with. 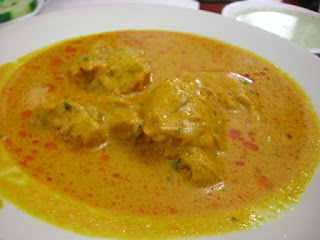 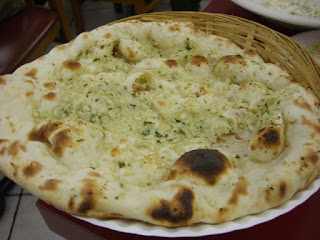 And for dessert, the last glass case contains the sweets of Mr. Shaheen, original occupant and owner of the building, who seems to supply desserts to most of the Indian restaurants in the tri-state area.