On a recent afternoon, Jose and I hopped the V train out to Elmhurst to try a particularly promising-looking dim sum place. I had been told just the night before that they served dim sum until 4, but when we arrived at 3:30 (admittedly a bit later than I had intended) and were told that dim sum had stopped. I was more than a little irritated. Luckily, the irritation didn't last long, thanks to some great snacks nearby.

First stop was Lao Bei Fang Dumpling House, a block north of Broadway on Whitney Ave (It has moved since this original post around the corner to 83-05 Broadway, and has expanded their menu.). The fact that the place was full at 3:45 p.m. boded very well indeed, and the expectations were justified. Although the boiled pork and chive dumplings at the stall in the back of the Golden Shopping Mall food court are still the best I have tasted, these are a close second. 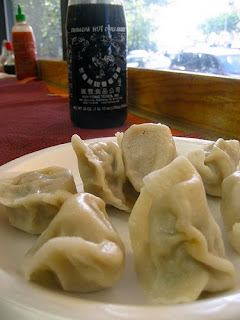 Even better here are the fried pork and chive dumplings. 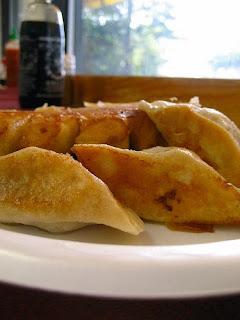 Dumplings are a bit pricier here than at Golden Shopping Mall--4 for $1.25. Lao Bei Fang also advertises "hand-drawn noodles" and, sure enough, there's a woman behind the counter pulling noodles in full view as they are ordered. They noodles in beef soup looked particularly wonderful, and I'll be returning for some soon.

We undoubtedly would have had some of those noodles on the spot if we hadn't already decided that the second course was going to be a block away at Phở Bắc. This Vietnamese restaurant really is run by Vietnamese, and they serve the best Vietnamese food I have tried so far anywhere in NYC. The Phở Gà Xé had been highly recommended to me, and it did not disappoint: rice noodles, chicken broth, shredded chicken, and all the phở trimmings... perfect. 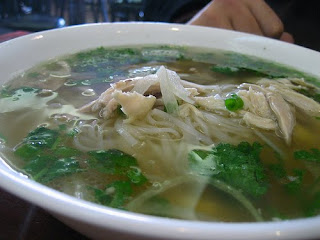 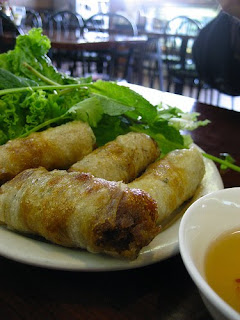 Jose got "Vietnamese ham and fried tofu on rice vermicelli" (Bún Chả Lụa Đậu Hủ Chiên) Vietnamese ham is essentially a first cousin to Spam. It looked great, and I can't imagine why I didn't steal a taste: 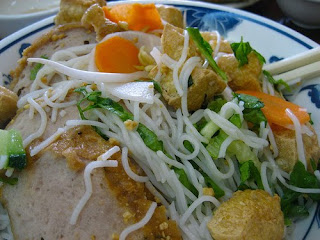 Everything was made with fresh, good-quality ingredients, and the prices are more than reasonable. I'll be returning regularly.